Will I Get Deported If I Divorce My US Spouse

Get The Legal Help You Need!

I am your host, Sergio Cabanas, Attorney-at-Law here in Florida. Thank you for joining me today.

Today’s question is: “Sergio, I’m married to a US citizen or a US permanent resident, and, through that marriage, I’ve applied for a legal immigration status.”

“Right now I have a conditional immigration status and is pending a final review.”

“However, it now appears that my spouse and I are headed towards the divorce.”

“Will I lose my legal status?

Will I be deported?”

“Is there anything I can do to save my immigration status?”

To best answer that question let’s take a rule at the general rule.

General rule is that a foreign national can achieve legal immigration status here in the US through a marriage with what I call a US spouse.

And when I say US spouse that means a US citizen or a person who is a US permanent resident.

However, immigration laws only grant a conditional status when the marriage is less than two years.

Now, why do the laws work this way? Well, one obvious reason is that the law wants to do what it can to avoid fraudulent marriages.

Meaning, they’re concerned about foreign nationals marrying US spouses in the hopes of achieving some kind of legal status, when they had no intention of remaining with that person.

Now, in the effort to avoid that, immigration laws only grant conditional status for a certain period of time, in this case will be two years, and they grant an initial interview to see if you have at least the workings of a bona fide marriage.

That is, a real marriage to them.

If so, then they would give you a conditional legal status and that was pending a final review two years later, so that they have a history of two years to see if the marriage is really a real marriage or a bona fide marriage, as opposed to a “fake” or fraudulent marriage.

Now, that means that the second interview is a little more aggressive, a little more strenuous, in a sense that, immigration officials then have a history of two years to review the circumstances of your marriage, to make sure that it’s a real bona fide marriage.

However, what happens if divorce occurs?

And therein lies the question of today, which is, will you be deported?

Will you lose your immigration status?

Well, when you find yourself in these circumstances, there are three routes that you could take to save your immigration status.

And yes, it is possible to salvage your legal immigration status.

Number 1: You could file for a joint petition with your spouse, admitting that, “hey, yes, we are getting a divorce; however, it was a bona fide marriage, and we want to proceed with the immigration status because the fact remains that even though we ended up in a divorce, we had a bona fide marriage at the start.”

Then we have the second route, which is the more common route.

Obviously, for dealing with a divorce, the spouses are not cooperating.

So, it’s unlikely that your US spouse will cooperate with you to file a joint petition.

In that case, that’s when you have your second and third alternative avenues to salvage your immigration status.

In this route your spouse is completely uncooperative, and you want to move forward with submitting an application, to waive the condition that you have to show a bona fide marriage for a 2-year period of time.

Now, preferably, we want this application be submitted at least 90 days prior to the deadline for the conditions being removed. And for this alternative, you’ll need to use the form I-751.

Now, the key here is to be ready to have evidence of the fact that you had a bona fide marriage.

The immigration lawyers call this “the bonafides”.

Meaning, you have proof or evidence of the fact that you entered into this marriage with real intentions of remaining married, at least at the time of the marriage.

The same evidence we would look at even if you had a real marriage that was still intact at the time of your interview.

That means that you would have, for example, joint bank accounts, joint tax returns, leases with both of you listed as tenants, we have photos of birthdays, anniversaries, etcetera, etcetera.

The list goes on, any and all information or evidence that should prove up the fact that you had a bona fide marriage.

Now, remember I said that there were 3 alternatives.

The last one will be what’s called The Violence Against Women Act.

In order to qualify for VAWA there are numerous requirements.

Amongst those is the requirement of showing that your spouse had battered you or subjected you to extreme mental cruelty.

Of course, there you would need evidence of that occurring. Which means that you would have police reports, medical records, witnesses, photos,nany other evidence to prove up that you were battered by your US spouse, or subjected to extreme cruelty.

Finally, I want to cover those situations where the marriage was originally bona fide, however, over time, it started to unravel for any number of reasons.

If you find yourself in that situation and you have pending immigration status, well, it’s best not to lie to immigration authorities.

For example, if you find yourself in a situation where your relationship has deteriorated, and you both separated, but, for whatever reason both spouses agree to remain married, for the purposes of achieving successful legal immigration status for the non US spouse.

Well, under that circumstance you go to an immigration interview and provide all this evidence of having a bona fide marriage.

But the reality is, you all have separated and now the relationship has deteriorated.

Well, as you undergo a battery of exams and tests and questioning in this respect, They’re going to start to quickly realize that you may have separated and in fact there is no bona fide marriage because your relationship has deteriorated.

In that situation, your application will be subject to complete rejection, and there’s no chance of appeal.

The only other way to salvage that situation was to come up with new evidence and request a new trial based on new evidence.

This is very difficult to achieve and you find yourself in a bad situation. Instead, what you and your spouse should consider doing is telling the truth.

Moving forward with a divorce. But proceeding under one of those avenues that I propose, such as the fact that you had initially a bona fide marriage, but you’re requesting a waiver of the condition.

This could be done jointly with your spouse preferably, but if left with no choice, be done by yourself individually.

Okay, my crew is waiving their arm saying that I’m going way over my 60 seconds.

But this is important information and there is one more thought that I want to leave with you.

Let’s suppose we can turn back time.

Now that we know what we know you turn back time to the point where you are about to marry or you’re just newly married to your spouse and you have this conditional residence status.

Here is the key:

Please, do what you can to preserve the evidence of your “bonafides”.

Which means: Take pictures, keep copies, of any information you would use later in support of your application for a bona fide marriage.

Keep copies and photos of all, any and all evidence you have to show a bona fide marriage.

If the relationship were to deteriorate later, and that US spouse decides to leave you, for example, lock you out of the house or maliciously get rid of that evidence, in order to undermine your bona fide application, then you’re out of luck.

You can hire the best lawyers in the world, specializing in immigration laws, and there’ll be no way to salvage your application because you don’t have proof of your “bonafides”.

Now that you have this information, you store that information separately, in a secure location.

You hope for the best, that your spouse will cooperate and help you, but in the event of any problems, now you have that extra assurance of having that proof independently used to salvage your application in the event of trouble in your marriage.

If you find yourself in this situation, don’t hesitate to contact us,

We stand ready to help you with the divorce issues, as well as with the related immigration issues along with our immigration attorneys who specialize and work with us closely on these interrelated family law and immigration law issues.

Okay, I’m wrapping it up now.

Thank you so much, I hope this information was helpful.

Thank you again for joining me today.

And as always, stay informed so you can stay strong.

Our easy-to-use kits will provide some answers to your questions and get the ball rolling to enable you to move through the process as quickly as possible. 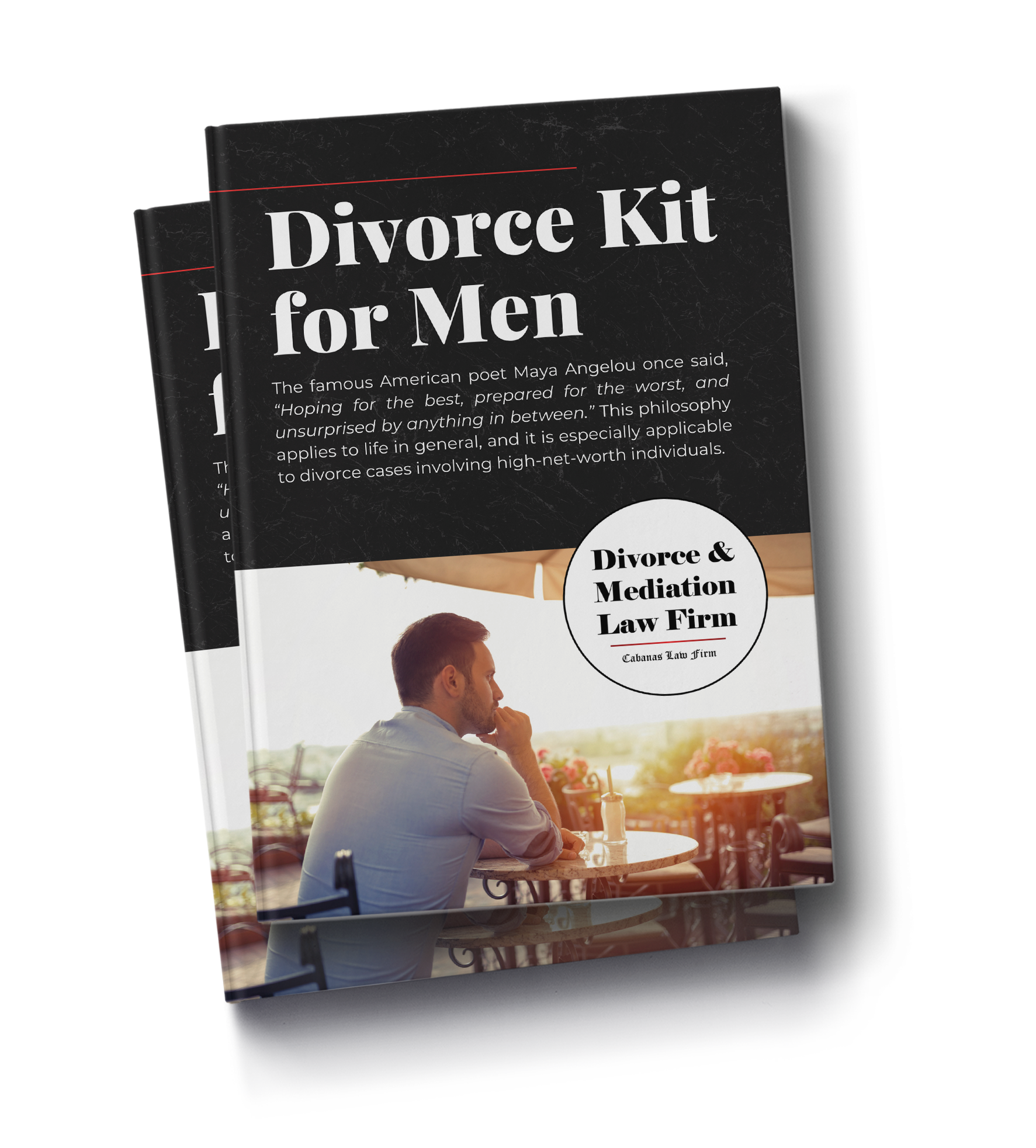 The information and materials on this Web site are provided for general informational purposes only, and are not intended to be legal advice. We attempt to provide quality information, but the law changes frequently, and varies from jurisdiction to jurisdiction. The information and materials provided are general in nature, and may not apply to a specific factual or legal circumstance. An attorney and client relationship should not be implied. Nothing on this Web site is intended to substitute for the advice of an attorney; therefore, if you require legal advice, please consult with a competent attorney licensed to practice in your jurisdiction.